Can I Lose Weight With CBD?

Can I Lose Weight With CBD? 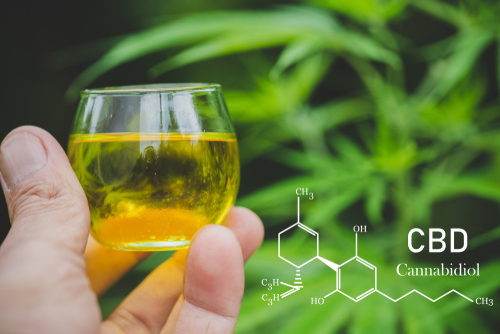 The idea of CBD being used as a means of encouraging weight loss has been thrown around for quite some time now. The research and the science are definitely on the right course to prove a link between the miracle drug and its ability to zap your fat cells out of existence. But let us be real for a second here-can we possibly expect to lose weight by having an herbal, plant extract? Are these just rumors or are we really onto something? We try to uncover the link as well.

CBD: Could It Suppress The Appetite?

The feasibility of having CBD to be used as a “weight loss super drug” depends on its ability to suppress cravings and appetite. One way in which CBD is able to do that is by controlling the calories that you put in. it is simple logic- the more the number of calories you put in you, the more you will need to burn off. Strongmen and competitive bodybuilders eat close to 12,000 calories during the competition season. This is a big number when compared to the measly 2000 odd calories that an average healthy adult is expected to have. The strongmen can afford to have such calorie intensive diets because they are burning that off during training.

There was a study carried out by the School of Pharmacy, University of Readings in the year 2012. The study involved feeding rats and seeing the extent to which their calorie intake reduced when made to consume CBD. The result was that there was a drop in the amount that the rats ate. The study has been carried out with human subjects and the results are in tandem; CBD helps to reduce food cravings and therefore you eat way less!

Can CBD Enhance The Metabolism?

The next way to cut fat is to break down the fat in the body faster-by means of metabolism. CBD has been seen to do that as well. The interaction of CBD with the body’s endocannabinoid system (ECS) is all too well known by now. The ECS is responsible for a variety of bodily functions like sleep, immune response, mood, behavior, and most notably appetite and hunger pangs.

A study in 2008, showed that the interaction of pure CBD with ECS was very much aiding in stimulating other parts of the gastrointestinal metabolic process. The interaction also showed the increased ability in transporting and storing nutrients in an improved fashion.

CBD use can undoubtedly turn the odds in your favor and help you get that slim body you’ve always wanted and deserved.