Surprising Ways In Which People Use Cannabidiol

Surprising Ways In Which People Use Cannabidiol 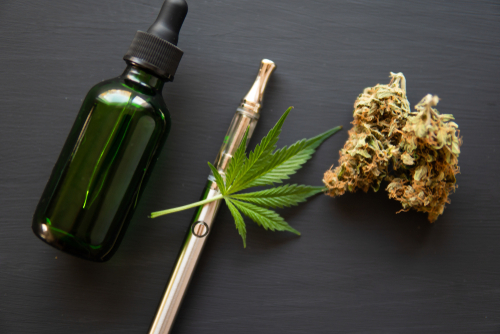 Some CBD uses are well-known, owing to the common occurrence of the concerned conditions. However, there exist conditions or health issues cannabidiol is surprisingly used for. Here, we will look at some of those issues and what researchers feel about the effectiveness or viability of these.

As A Product To Stop Smoking

There is some buzz around cannabidiol being possibly helpful for individuals who attempt to stop the use of cigarettes. A 2013 study featured in the ‘Addictive Behaviors’ journal backs this notion. The participants in this study were told to use inhalers infused with either a placebo or cannabidiol for seven days when they were tempted to smoke. Individuals who had the placebo inhalers could not reduce cigarette use in the week, but the CBD-infused inhaler’s users were able to do so.

The study’s authors noted that the findings “suggest CBD be a potential treatment for nicotine addiction,” while admitting that these are only preliminary discoveries. This means that bigger-scale and longer-term research is required for knowing whether cannabidiol is potentially effective in reducing smoking.

As An Autism Treatment

Autistic kids may turn to cannabidiol as a possible treatment option, but they must be aware that there exists only preliminary research into this matter. Research shows that cannabidiol could work with the human endocannabinoid system. For your information, the ECS appears to play a part in circadian rhythm, reward processing, and social behavior. Each of these is possibly unusual in individuals having autism spectrum disorder. Therefore, researchers are interested in the University of California’s ongoing study on cannabidiol’s potential in the form of autism treatment.

Patients must carefully consider their possible choices for a different reason, besides the truth that no trial involving human beings is done on CBD oil for autism. The CBD sector being unregulated means that there exists no law or inspection in several states to confirm that an item’s actual components match the labeled ingredients. Therefore, several CBD products with higher THC than the federally permitted level of 0.3% arrive in stores. High-THC products will have a psychoactive effect on users, and these are likely to have other nasty secondary effects.

Due to this legal gray area, “anyone thinking about using cannabidiol, of any type, should proceed with caution,” states Ryan Vandrey, a marijuana researcher. It is worth noting that several parents rely on cannabidiol for their autistic kids after running out of patience with other treatments.