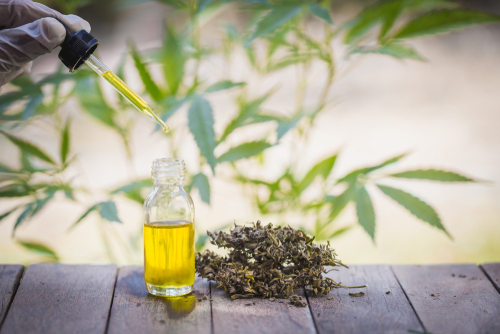 It is an exciting time for CBD users, no doubt. It goes without saying that there have been many obstacles along the way, but the CBD industry has come out of its shell. The journey was riddled with adversities and it was an uphill battle that lasted the past 90 odd years. CBD has been at the forefront of controversy and stigma, which to the delight of many, has begun to shed off its dark cloak.

The influx of money, due to the industry doing well has put it in a suitable position to invest more in research and development. More and more manufacturers and suppliers are taking the initiative in CBD research and learning the trade secrets in unlocking the true potential of this life-saving drug, and for the most part, we seem to be on the right track. This year has come up with some exciting innovation in terms of hemp strains that are boosted in their properties and offer far more than the varieties we had, say in the past decade.

Let us have a look into what exciting science CBD news, is in the making. Read on…

Why The Long Wait?

Research into hemp and CBD has been severely stunted in the past few years, and the trend is still very much alive. The reason is an extremely hostile regulatory environment. The situation is different in different countries, but in countries like France, United States, Germany, and many others, industrial hemp has been clumped up with marijuana. This is like clumping apples into a cyanide bomb because apple seeds have a minute amount of cyanide in them. Where’s the logic behind that?

The result of this is the demonizing of CBD based hemp and hemp derivatives in general. Bans were put in place, heavy restrictions enforced; possession, research and development, cultivation, and usage were all barred in every form possible. This has led to contrasting opinions among the masses about CBD for health and wellness, which is not backed by any science, research, facts nor statistics; just plain opinions and ignorance.

It took a while for the turn-around. The public perception slowly shifted over time, and the question of ‘Why’ hemp was even banned, were being asked. The voices grew to such a resounding crescendo that hemp started getting a following. A following aimed at stopping the unnecessary smear campaign. It started with the 2014 Farm Bill and finally ended with the passing of the Farm Act, 2018.

Once the act was enforced, it was comparatively easier smooth sailing, with a special focus on the word ‘comparatively.’

Why Is CBD And Cannabis Research Important?

For the sole reason, that the potential with CBD is vast and mostly untapped. Only with the help of research being carried out, can we come to hope of finding a trinket about this life-saving drug that can help save the lives of millions in the future and shape families, for the better. The industry is steadfast in breaking through barriers and relishing the scientific exploration of CBD. It is anyone’s guess on what we might find and in what ways we can make even more potent hemp strains, but rest assured we are on the right path to decoding the mystery of CBD and cannabis.

Jump into CBD therapy and find yourself pleasantly surprised, at how this seemingly small vial of CBD extract can make a lasting positive impact in your lives.